DDF Busty presents: Tough girl Dominno tries to steal Sharon Pink's jewelry in a fun 'bad girl versus rich girl' role-play! Tattooed Dominno looks pretty feisty, and she tries to 'borrow' some of Sharon's bling when the blonde is asleep in her bed with her jewel box at her side! I guess that makes for happy dreams for Miss Pink! But just as Dominno attempts to remove an expensive ring from Sharon's finger, the top-... show more

heavy blonde wakes up and soon they're tussling on the bed, literally pulling hair and grabbing throat. I guess when Dominno's main piece of adornment is a skull necklace that hangs over her cleavage, it's understandable why she'd envy Sharon's glittery ring! But when these two beauties realize that they share 70 inches of tit power between their bras--Dominno's 34Fs plus Sharon's 36Hs--they come to a quick lesbian truce! They fondle each other through their boulder-holders, kiss and suck nipples, then get down to the nitty gritty of pussy licking. It's hot to see Sharon's long fingers with their bright red manicure sliding into Dom's deep slit. Then Sharon sits on Dom's face so she can get off herself. But the best is when Sharon crouches on her knees so that Dominno can wet two fingers and cram them inside the Pink portal before using her tongue on it as well. The two babes get into a sensuous sixty-nine and we see their bells crushed against each other. Denys DeFrancesco and his camera crews come in tight for huge nipple closeups as the girls enjoy the sensation of their boobs rubbing together. The story ends happily with Sharon not pressing charges, but instead willingly handing over her ring to Dominno, who has certainly shown the sexually addictive value of her friendship! Who WOULDN'T like to grapple in the nude with sexy, steely-eyed Dominno?? 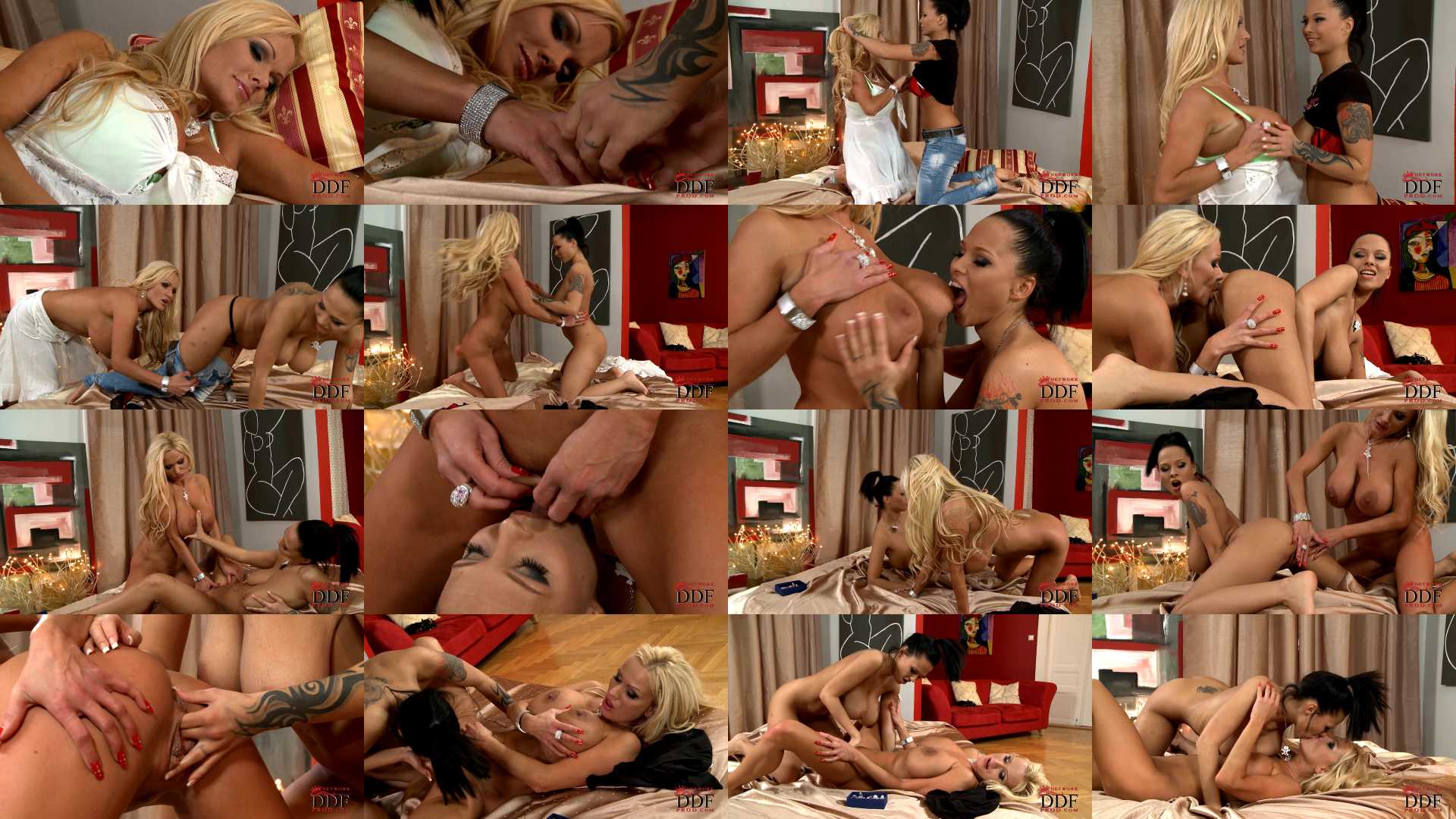